By Sean O’Grady For Mailonline

She has been busy filming her comedy series The Emily Attack Show.

And Emily Atack looked nothing short of sensational as she donned a figure-hugging pink mini dress for filming the latest episode on Tuesday.

The Inbetweeners star, 32, put on a leggy display in the garment which featured long-sleeves and a red floral print.

Stunning: Emily Atack looked nothing short of sensational as she donned a figure-hugging pink mini dress for filming the latest episode of The Emily Atack Show on Tuesday

The presenter added height to her frame with a pair of red heels while she styled her blonde locks into loose waves.

Striking a playful pose for the camera, Emily completed her look for the shoot with a light palette of makeup.

As well as filming her comedy series, Emily recently kickstarted work on her BBC documentary about sexual harassment.

The actress, who has previously detailed her horrific experience with sex pests, was seen heading to an East End pub last week to film scenes. 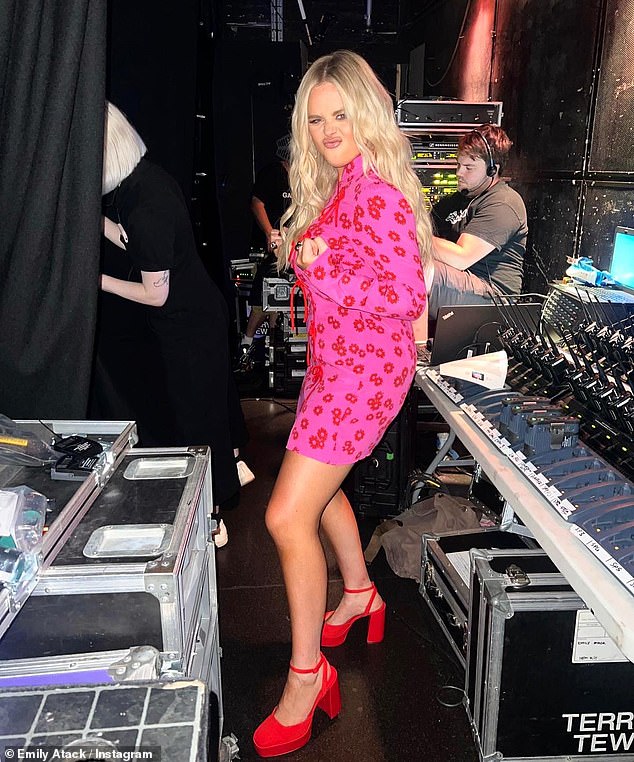 Style: The Inbetweeners star, 32, put on a leggy display in the garment which featured long-sleeves and a red floral print

In the documentary, the star, who shot to fame as Charlotte Hinchcliffe on The Inbetweeners, will open up about her ordeal of being hounded by sex pests from a young age.

Emily Atack: Sexual Harassment & Me will also see the star discuss her experience with her family, while she’ll also speak to some of the men who’ve sent her explicit content in a bid to look at the psychology of their behavior.

The BBC Two film will follow the Celebrity Juice star as she tries to understand why she’s harassed on a daily basis, with Emily remarking how she’s had to endure being targeted from ‘a very young age’. 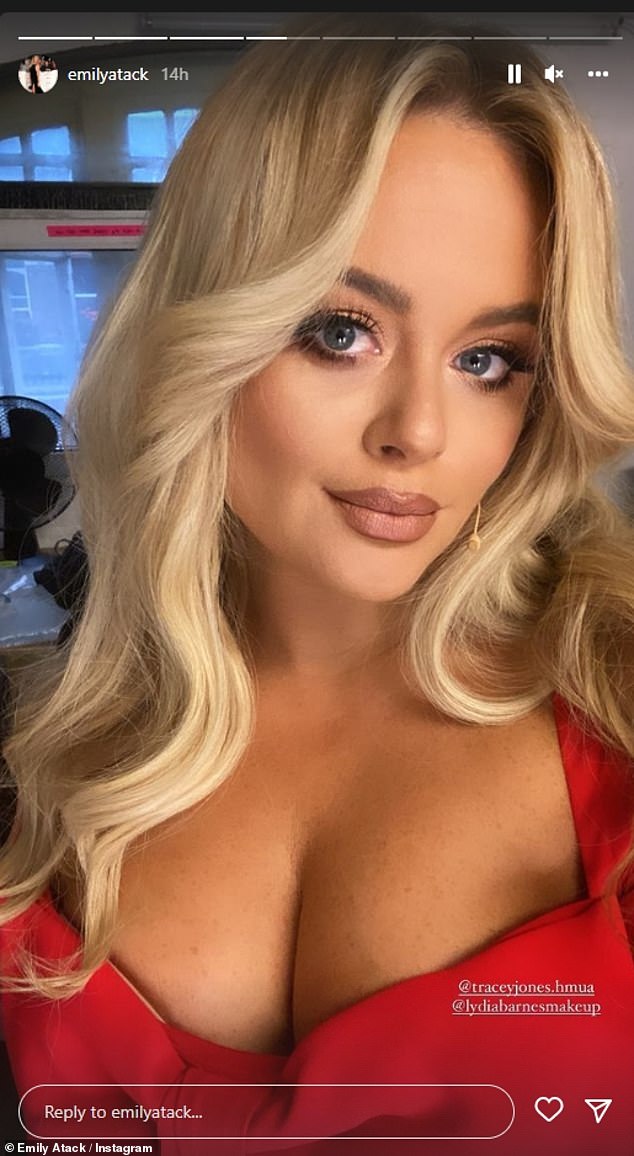 Lights, camera, action: Emily excitedly shared behind the scenes photos from her latest show on Instagram, revealing a series of glam looks as she got ready to take to the stage

Emily said of the documentary: ‘With this documentary, I am hoping to find answers to the many questions I’ve been asking myself my entire life, and I hope it will go on to help thousands of others too.’

The BBC states that Emily will ‘open up’ on things that she’s had to endure in the past and her difficult experiences with dealing with ‘unwanted sexual attention from a very young age’.

Emily has often been open about her experiences of sexual harassment, even meeting MPs in parliament amid the proposed bill to make cyberflashing an illegal offence. 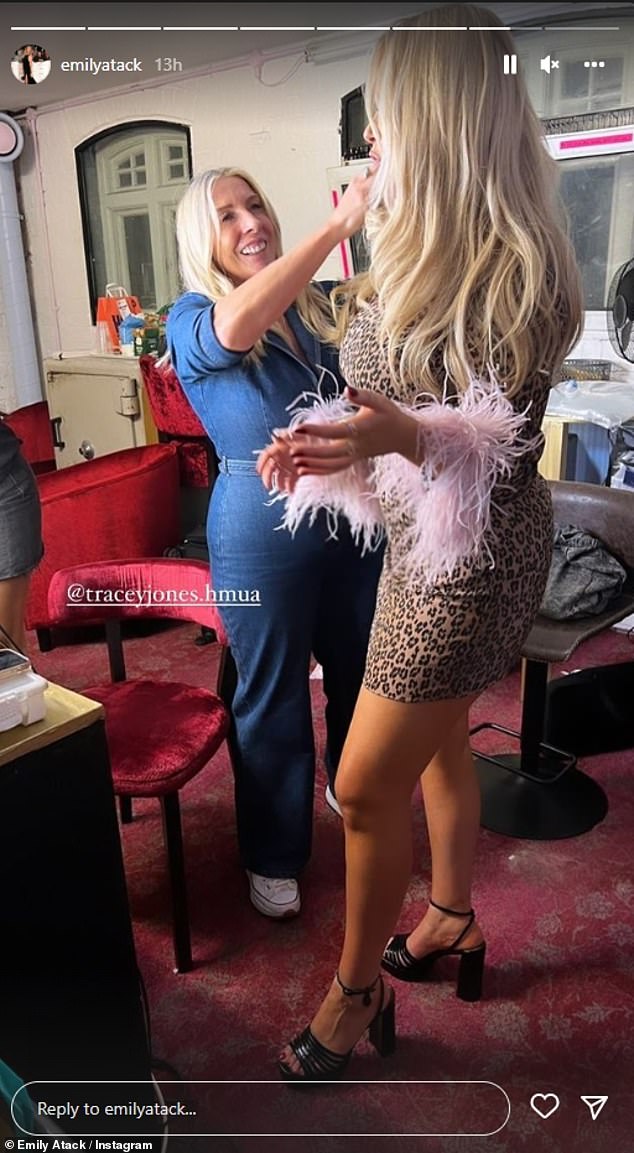 Glam squad: The star shared a snap of her hair and makeup artist styling her look backstage