Astronomer Galileo Galilei is famous for advocating the heliocentric model of the universe. The rebellious thinker spent years refining designs for a telescope, eventually producing one that had 30x magnification. With his telescope, he investigated the planets and even our Moon. His sketches of its rough, mountainous surfaces are prized today for their detail and revolutionary depiction of the Moon’s phases.

Although Galileo did not invent the telescope, his refinements of the “spyglass” allowed him to peer further into the universe than anyone before him. With his gaze directed at the Moon, he discovered that it is not a perfect sphere, that Jupiter has moons, that Venus goes through phases, and that the Sun rotates.

Another new discovery was the Moon’s bumpy surface, which man could at last glance upon with clarity. Scientists had long thought the Moon was smooth and spherical, but Galileo’s observations noted craters and mountain ranges like those found on Earth. He noticed shadows dancing across them, and sketched the phases on several sheets of paper. However, he soon turned to other tasks after 1610, as even Jesuit scientists accepted the Moon’s rough nature.

Italian nobles were intrigued by the refined telescope, but the Catholic Church was less than pleased by the knowledge that came with it. Among these unfortunate realizations was that the Earth revolved around the Sun. The Galileo affair of the 17th century was a pivotal moment in Catholic Church history, setting the scene for both clashes and collaborations between science and religion. Galileo was both a heretic and a scientific legend. His drawings of the Moon, and other observations of the solar system, expanded the boundaries of human knowledge.

Over 300 years later, man would walk on the rough surface Galileo sketched. You can check it out for yourself with a cheap telescope. Oh how far astronomy has come!

Galileo Galilei sketched the Moon from his own observations through his handmade telescope in the early 17th century. 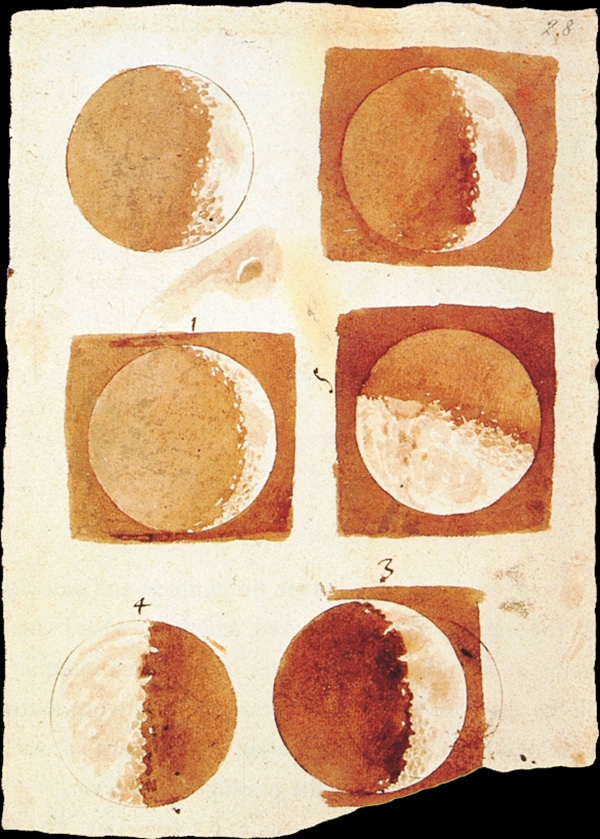 Hubble Discovers a Black Hole Wandering Through the Milky Way