That’s what one TikTok fan said after coffee shop waitress Sophie revealed she’d finally made a move on a cute male customer after fawning over him for months.

Sophie works at Grams cafe in Edinburgh, and initially took to the social media site to ask if anyone knew the man, before admitting she was working up the courage to “shoot my shot”.

She added that she’d been drawing pictures and cute designs on his coffee for months, so she decided to make her interest clear by writing “UR CUTE” on his latest cappuccino.

After she gave him his coffee, he quickly took a photo of it – leading to Sophie jokingly screaming in delight. 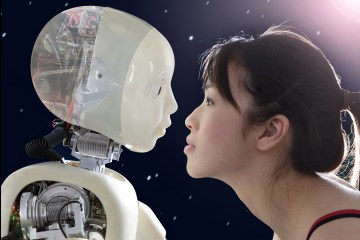 In her next video, Sophie revealed that she’s “got his number”, and wrote: “Turns out he’s been taking photos of all the coffees I’ve ever made him over the months.”

“WTF do I do?” she asked her TikTok followers.

She was quickly inundated with comments from people desperate to see the story play out like a romcom.

“I am so happy for you two and I hope it’s the beginning of many happier years,” one person wrote.

While another added: “Girl there’s a reason he keeps coming back! Good luck.”

“This is like a Disney movie,” someone else commented.

“Not all of us having a front row seat to an irl romcom. thank u for keeping us updated,” another wrote.

Sophie then returned to TikTok for a third update, revealing that she and the mystery man had been texting and he told her he wanted to take her out on a date when they both return from their respective holidays.