New street art being painted in Clapham will adorn Bedford Road with color when it is finished next week.

For his first permanent public commission, artist Flo Brooks will draw on over three years of conversations with Clapham residents, users of Clapham Common, and his research at Lambeth Archives to celebrate the myriad ways the Common has been used throughout history.

The resulting artwork, Inner Bark Outwill illustrate a lively, contemporary scene of people and animals engaged in moments of play, work and rest, while referencing the many histories of occupation and activism connected to Clapham Common.

A reference to the 1987 poem The Laying-On of Hands by Pattiann Rogers, Inner Bark Out speaks to a gentleness of touch between living beings and a movement from interior to exterior – the tiny aphid sitting on a leaf, the parakeet at home in a tree, the dog that’s barking and the bark that’s shedding from a tree.

Inserted into the constellation-like painting on aluminum panels will be fragments of placards and ephemera linked to the many protests, gatherings and vigils in the area, speaking to the individual and collective experiences that have shaped and informed Clapham Common over recent decades. 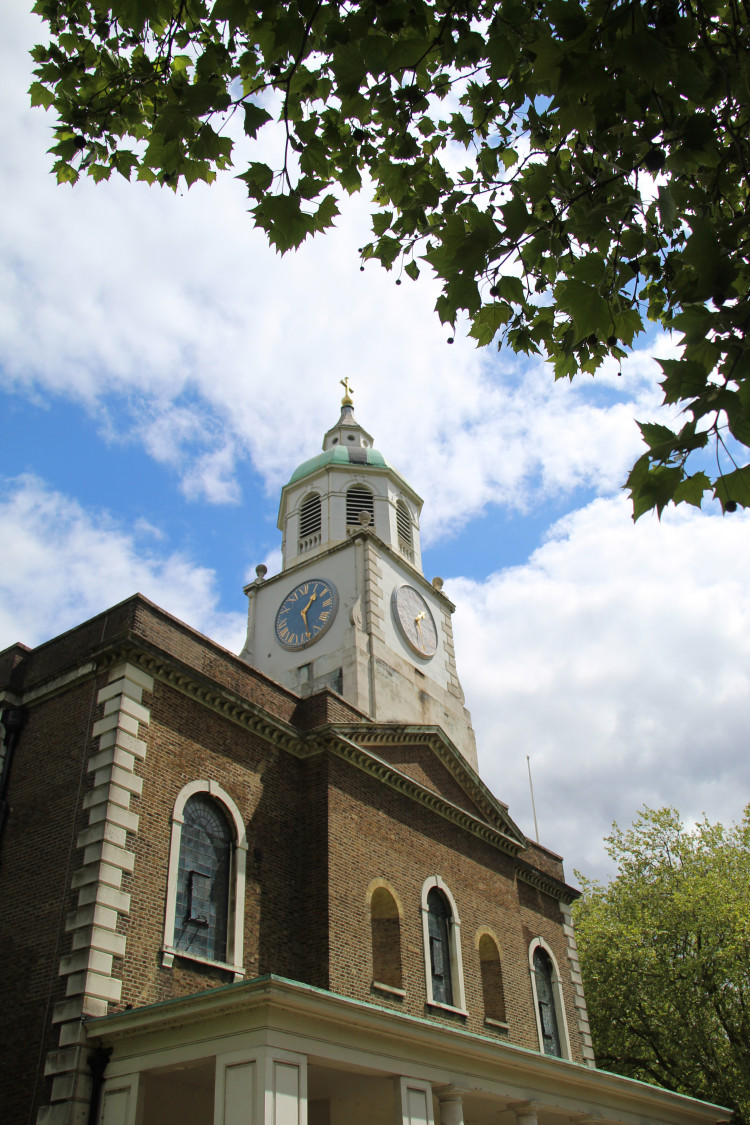 Inner Bark Out will reference important heritage sites, including the Holy Trinity Church, ‘the Cock Pond’ and Temperance Fountain, a sculpture erected by the Temperance Society in 1895.

Amongst clues to The Women’s Peace Camp protest against nuclear weapons in 1983 and the gay theater group Homo Promos’ 1991 revival of the production Theater trolleys performed at midnight, the artwork will refer to Clapham’s iconic heritage sites.

But even these, which include The Holy Trinity Church, the Cock Pond and Temperance Fountain, won’t be immune to Brooks’ push-and-pull reflections on how public space is used, with CCTV cameras, drones and signage that dot Inner Bark Out with reminders of the ways it is monitored, regulated and commercialized. 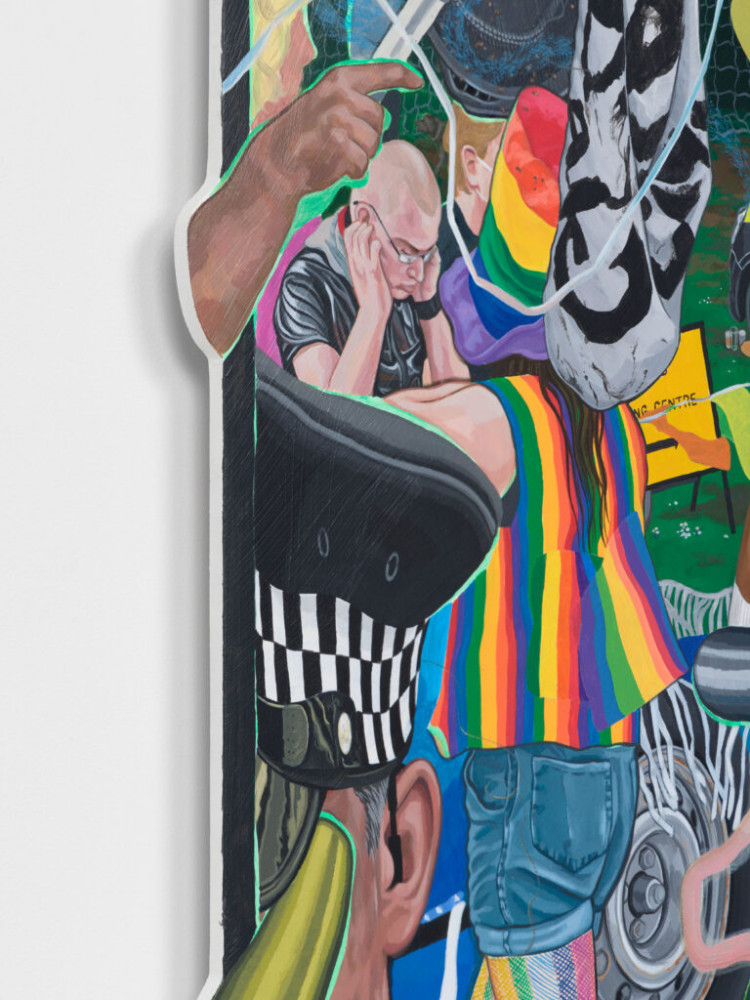 The large-scale painting will launch on the bridge underpass on Bedford Road in Clapham North on January 25.

Inner Bark Out can be viewed at street level from the pavement.