Loads of artists have emerged on the internet and on media who have created images and idols of Lord Ganesha in the most innovative ways. In this sea of ​​artists, one who stood out is a banker who retired way back in 1996. The banker Chandrakant Bhide from Dadar is a typewriter artist who has created about 500 images of Lord Ganesha with his typewriter – that he received as a gift during his retirement. Read on to know how Bhide began his journey from a Mumbai banker to becoming a widely appreciated artist who created 500 Ganeshas on a typewriter, as reported by TOI.

Bhide is 77 and was a banker at the Union Bank of India. Bhide says that he was among the good workers in the bank and worked in the new Halda typewriter to work. His boss discovered this talent when he was asked to compile telephone numbers one day. Bhide did the job but compiled the numbers in the shape of a telephone. It was then that Bhide’s boss discovered this hidden talent. Bhide says that he was keen on enrolling in an art school; however, he could not do so.

Bhide presented these sketches from his typewriter to his colleagues and friends on various occasions – from promotions, birthdays and even farewell gifts during transfer. He has created over 500 Ganeshas on his 55-year-old typewriter. 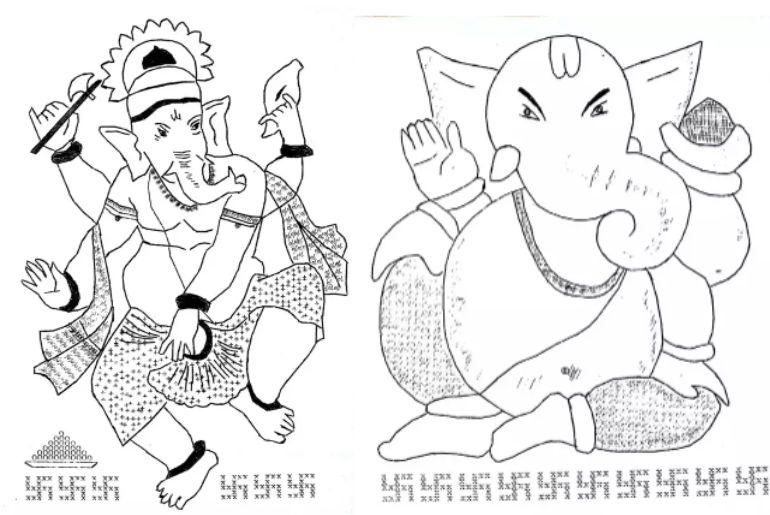 Bhide has typed 500 Ganeshas on his 55-year-old Halda typewriter that he received from his bank chairman for a nominal fee of ₹1. Bhide even put up solo art exhibitions inaugurated by other prominent artists. Bhide has received appreciation for his innovative way of making art from political personalities and political leaders.