Leaving their mark: Parents are now getting their toddlers’ drawings TATTOOED on them in a touching (and eyebrow-raising) trend sweeping the world – so would you do it?

Thousands of parents are showing off their tattooed children’s drawings after a proud dad shared a snap of his son’s first eve self portrait in ink form on his forearm.

‘I went and got my first tattoo yesterday and it’s my son’s first ever self portrait and his name in his hand writing,’ the dad wrote on a popular Facebook group for parents. 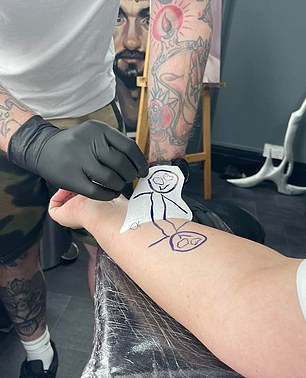 Would you get a tattoo of your child’s drawing?

‘I have a similar story to share,’ wrote one woman. ‘When my daughter was four, she went away for a weekend without me as I was unwell.’

She added, ‘She asked if she could write something on my arm so that I would remember her and knew she always loved me. She wrote my name and a love heart and I immediately went and had the tattoo done on her original writing.’

Another mum also shared a portrait her daughter made of her as a three-year-old.

‘This is my daughter’s portrait of me from when she was three,’ the mum wrote. ‘I’ve got quite a few tattoos but this one is my favorite by far.’ 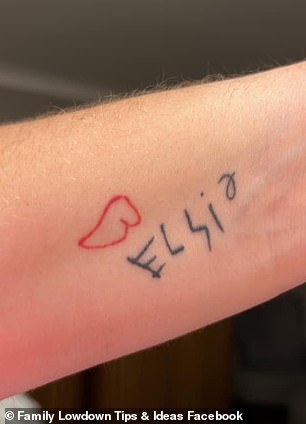 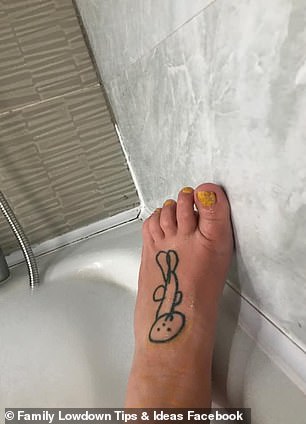 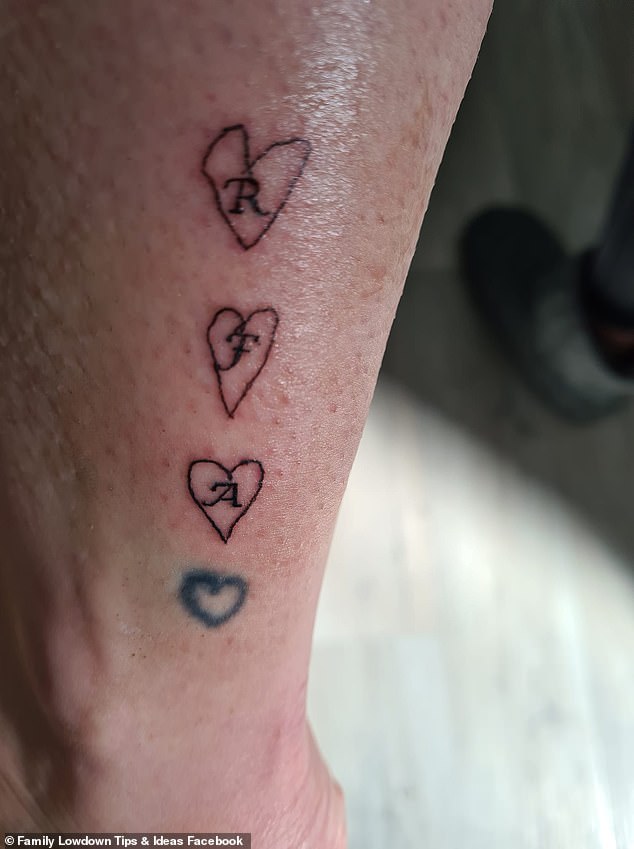 Another mum shared that her sons helped carry along a family tradition.

‘I got my sons to draw me their best love hearts,’ she said. ‘The one at the bottom is from my brother… he used me as a guinea pig with his new tattoo gun before he passed away.’

Two other parents discovered that they had similar tattoos – and were reasonably spooked by the revelation.

‘I got my two-year-old son’s first smiley face on my leg,’ wrote one mum as she shared her red-ink tattoo.

Another mum responded to her with a photo, ‘I have one of my daughter’s drawings – and it’s so similar to your piece! I love this,’ she wrote. 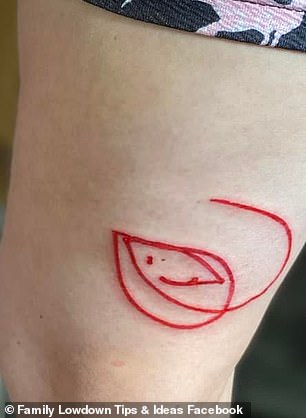 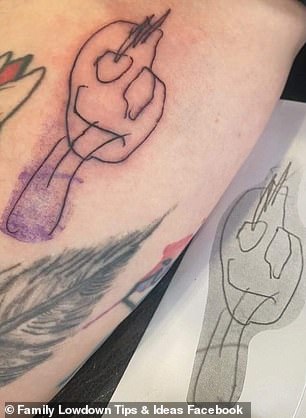 Getting portraits tattooed – either self or the ones children drew of their parents – seemed to be a wider trend.

‘This is my favorite tattoo, it was the first time my son managed to write “mum” at nursery all by himself and drew a picture of me,’ she wrote.

She added, ‘And that’s not a top hat, it’s my hair blowing in the wind!’

Another said, ‘I did the same with my oldest daughter’s first picture of herself and the first time writing her name.’ 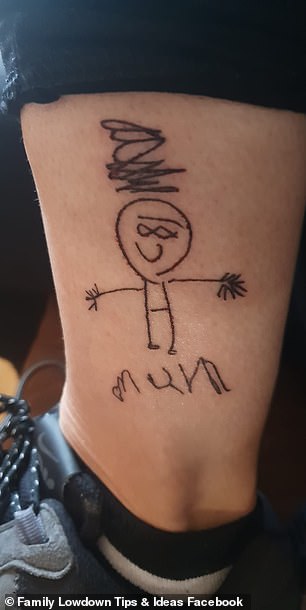 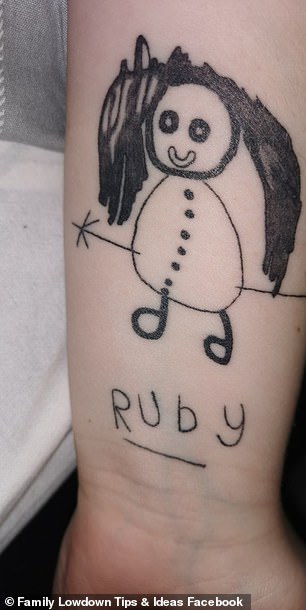 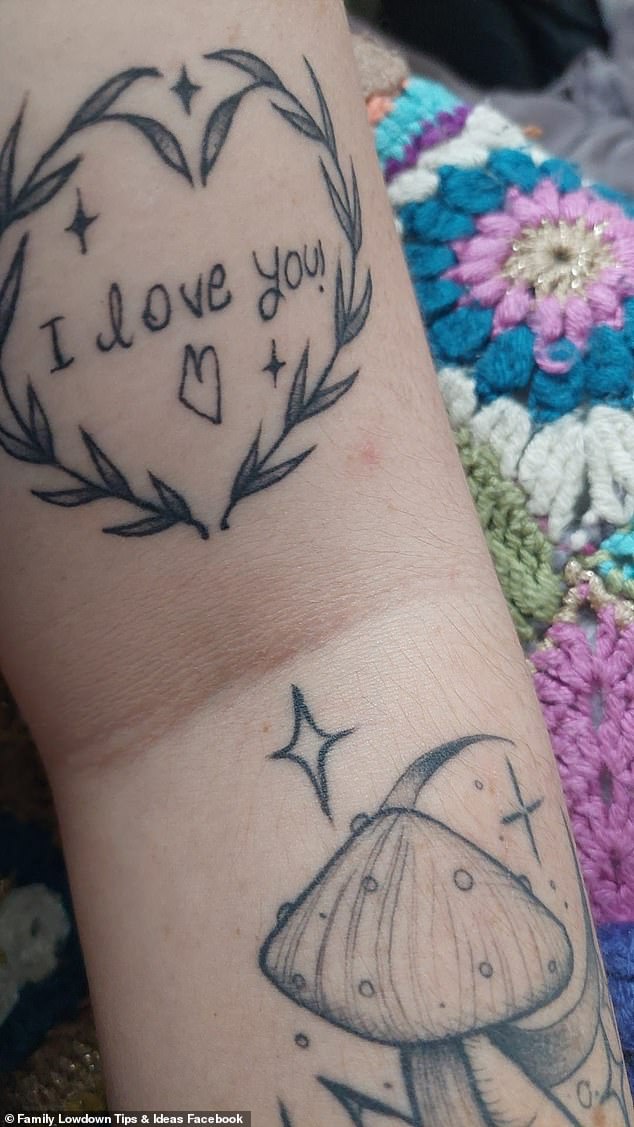 Another dad revealed that his son struggled with his writing, but brought home several post-it notes full of little messages he had written for his father – which he ended up getting tattooed

Another dad revealed that his son struggled with his writing, but brought home several post-it notes full of little messages he had written for his father.

‘My little boy really struggles with writing,’ the dad wrote.

He added, ‘But one day, he came home with a handful of post-it notes just for me, so I had one tattooed just for him.’